We've had an amazing November here in Sweden. Just a couple of years ago we had a record breaking lack of sun. Only two hours of sunlight during the entire month of November! This year has seen many bright and beautiful days though, and as a scrapbooker I am thankful for that. I've made more pages this November than any other year of doing Project Life.

I love the color scheme of the November Studio Calico kits.It's so warm and has a vintage feel to it.


The kids each got to pick a book to read during Fall Break, which was week 44. Dante picked the second part of a ghost story series, and Nea picked Cinderella - in English. Dante plays lots of video games and his English is really good because of that,and she wants to catch up. We've been reading it together. 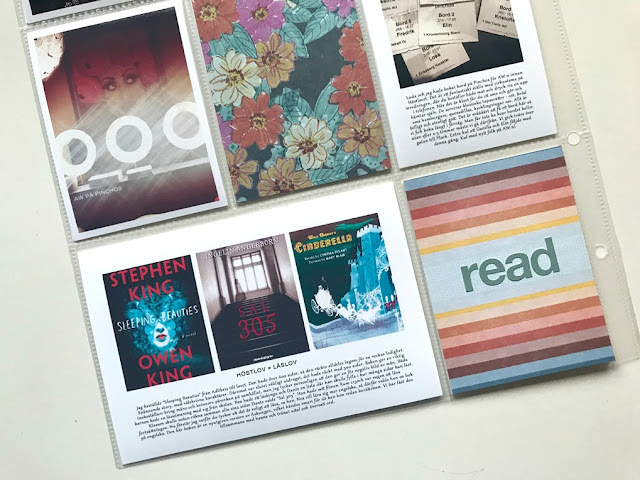 Us teachers worked an extra three days during week 44, but then we got the rest of the week off too. On the last day of work we had "After Work" outing at a super cool place called Pinchos, where you use an app to order food and drinks and then pick it up yourself from the bar. 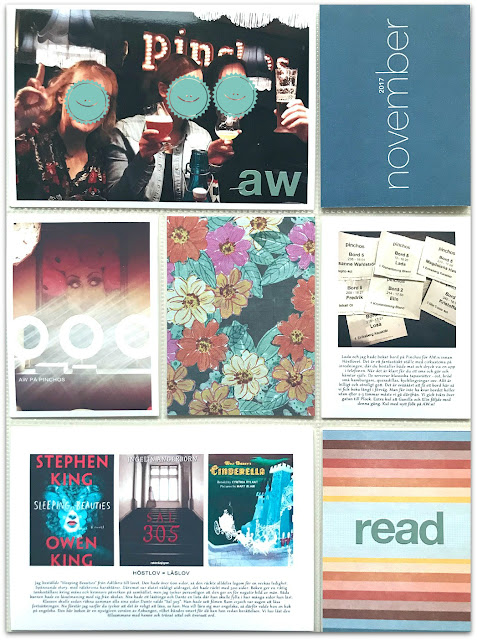 Below, I used the tag to journal about "Old Fashioned Week" at the kids' school. Their school celebrates a hundred years and there were dressup themes and lots of other activities.

I loved the flannel shirt style pattern of the bottom card, but the center square felt kind of empty, so I stamped all the dates of the week inside to fill it up. 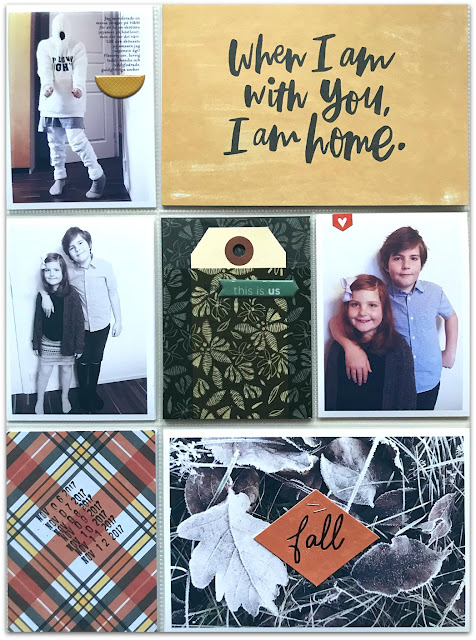 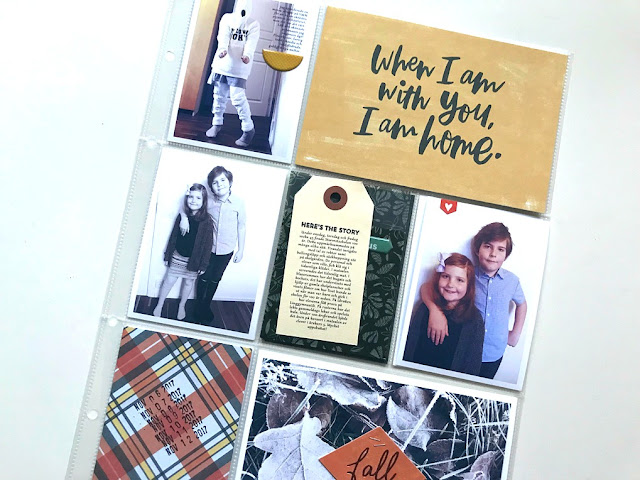 The same week Nea ended up with an ear infection that caused a burst eardrum. We had to go to the hospital to get her hearing tested. With a bit of luck she'll get tubes put in next year. She's had so many burst eardrums I've lost count. That NOPE card really came in handy! 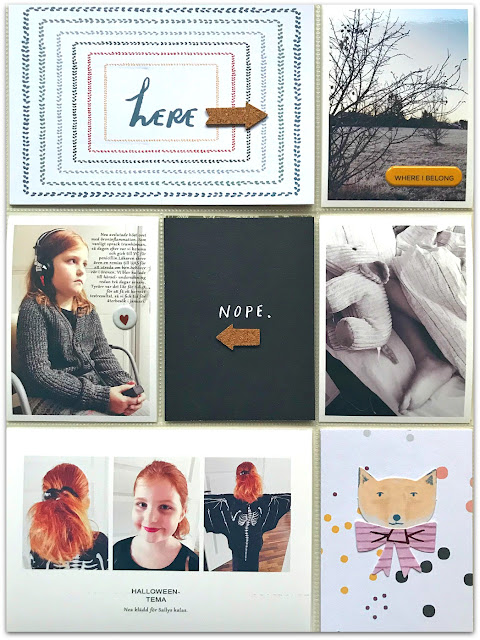 In our Project Life album I mix in both ephemera and layouts. I like the chronology it gives, compared to keep seperate albums. I made a November favorites sort of layout for Catherine davis' Design School 2 "Working with a kit" challenge. The fall paper came from an October addon, and I found these veneer alphas in my stash. I considered painting the alphas gold, but decided against it and added some gold sequins instead. 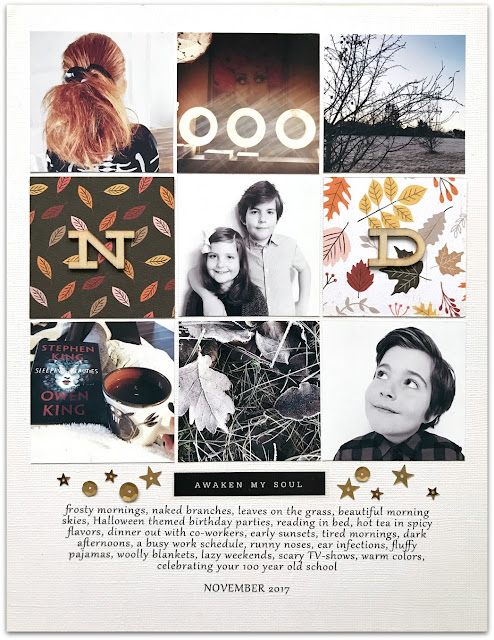 This is my favorite page this month. I tend to like the pages with lots of journaling the most. It gives them a finished look. The d&n card is a design I totally stole from Catherine Davis! 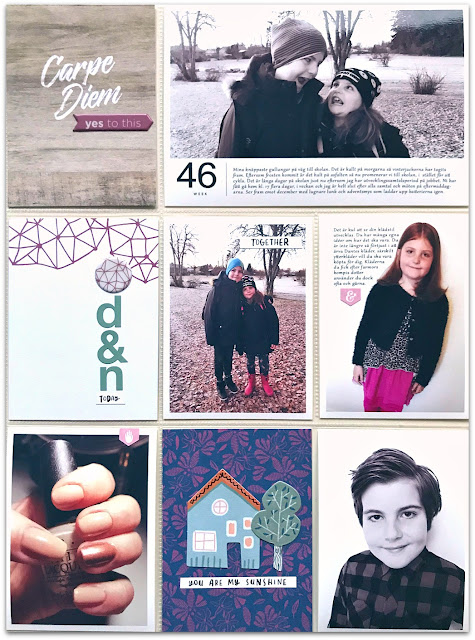 That's all I've got so far. I have a few more photos to put in pockets before it's December.

/Magdalena
Posted by MAGDALENA at 4:24 PM 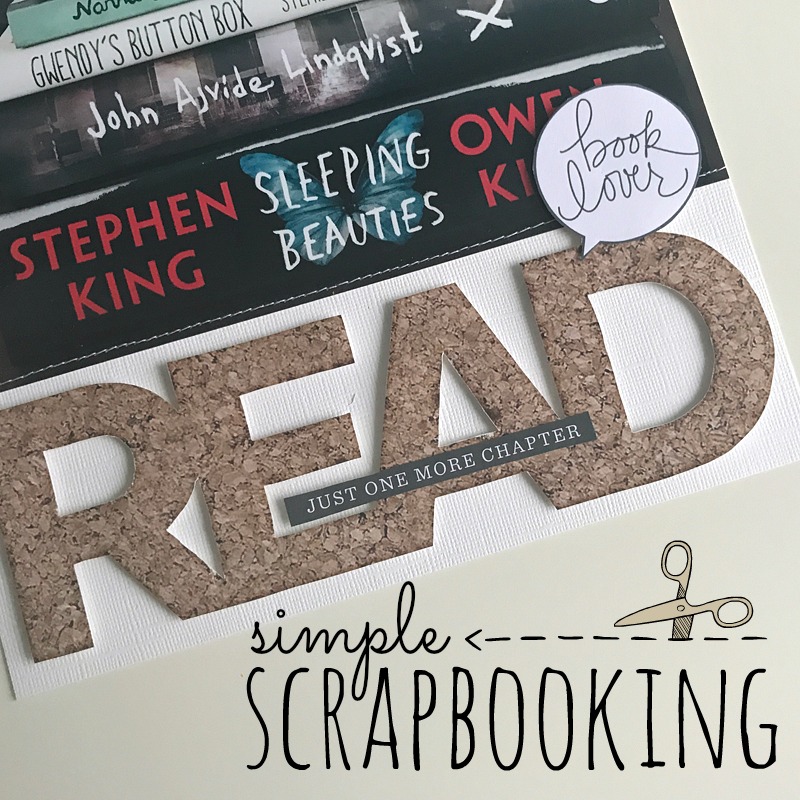 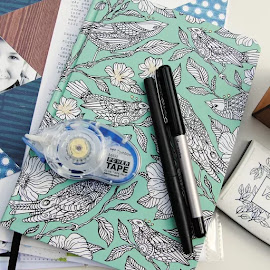 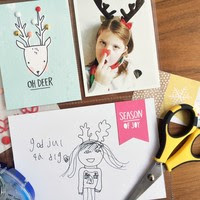 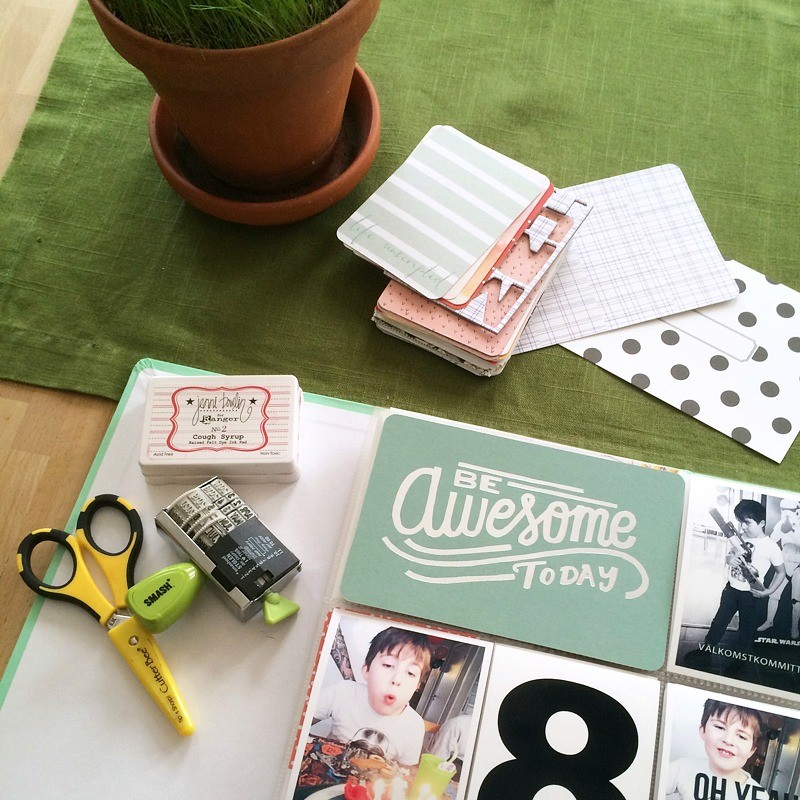 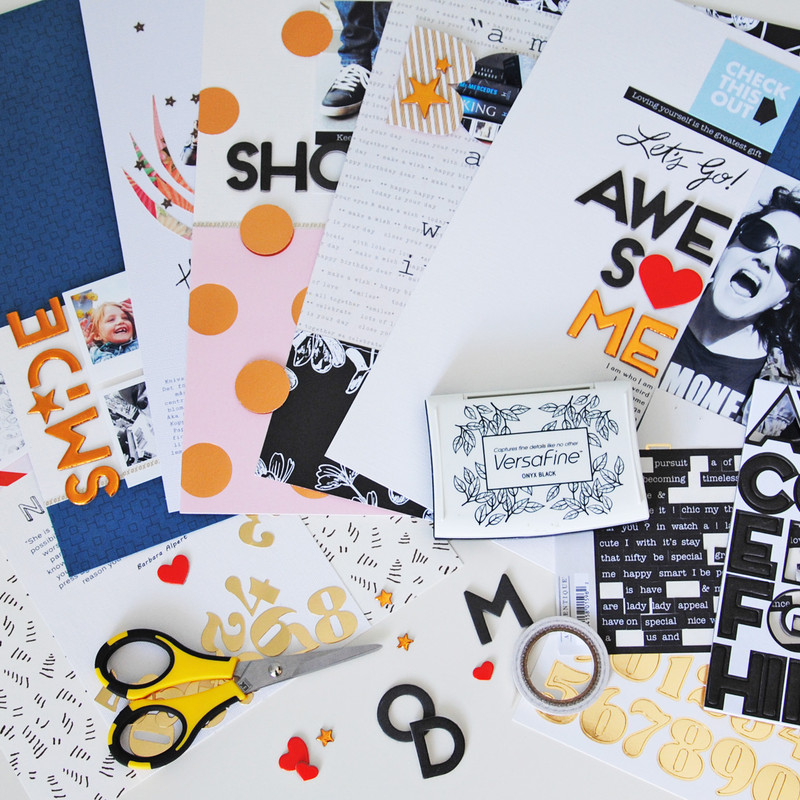